Orthotics are shoe inserts that are intended to correct an abnormal, or irregular, walking pattern. Orthotics are not truly or solely "arch supports," although some people use those words to describe them, and they perhaps can best be understood with those words in mind. They perform functions that make standing, walking, and running more comfortable and efficient by altering slightly the angles at which the foot strikes a walking or running surface.

Doctors of podiatric medicine prescribe orthotics as a conservative approach to many foot problems or as a method of control after certain types of foot surgery; their use is a highly successful, practical treatment form.

Orthotics take various forms and are constructed of various materials. All are concerned with improving foot function and minimizing stress forces that could ultimately cause foot deformity and pain.

Foot orthotics fall into three broad categories: those that primarily attempt to change foot function, those that are primarily protective in nature, and those that combine functional control and protection.

How Should Your Foot Be Casted for Custom Orthotics? 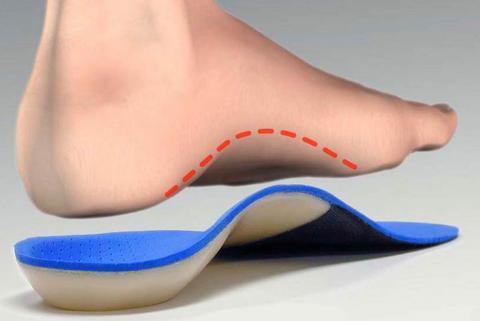 There are several methods that can be used to obtain an image of the foot to make custom foot orthotics. The reality is that some work much better than others. Unfortunately not all practitioners use the methods that have been shown to be most effective. This may be because they are not familiar with the literature, because they want a faster or cheaper way to take the image of the foot, or because they were sold a “computerized” system that looks impressive but does not work particularly well.

The most important criteria is the experience and skill of the medical practitioner, but regardless, there are some techniques that have been shown to be much more effective than others. The only method that has been shown in the medical literature to be effective in producing a quality functional custom foot orthotics is a three-dimensional non-weight bearing cast or image of the foot. In this technique the foot is held in a precise position – essentially the position in which it should function. The image of the foot can be taken using plaster, fiberglass, or a laser scan.